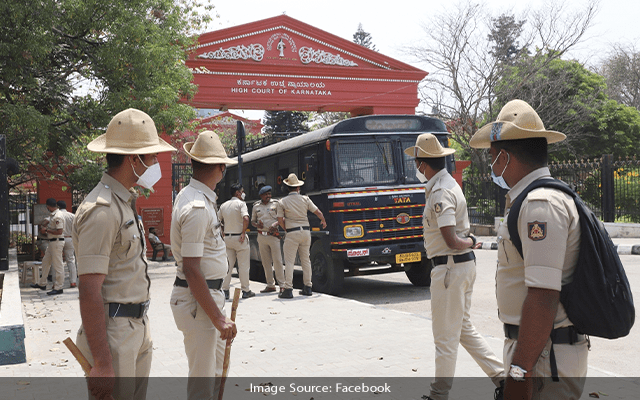 Bengaluru Rural:  Tense situation prevailed at a university campus in Karnataka after a foreign student fell to her death, police said on Thursday April 28, adding that security has been tightened to avoid any untoward acts of violence.

The incident took place at 11.00 pm on Wednesday night at the Gitam University located in the Bengaluru Rural District, police sources said.

Haseena, a 24-year-old student from Uganda enrolled in the final year of an engineering course, died after falling from the sixth floor of the residential facility.

Soon after the news spread in the campus that Haseena had committed suicide, a group of students vandalised the college and hostel buildings, including smashing of window panes and breaking of cots.

In a short time, the campus had turned into a war zone, witnesses said.

The police rushed to the spot and controlled the situation after carrying out a lathi charge against the agitating students.

The police sources said the victim accidentally slipped and fell while she was trying to pick up a clothing item that had fallen on a sheet at the edge of the building.

Although she was immediately rushed to a hospital, Haseena succumbed to her injuries on the way.

Her body has been kept at a private hospital in Doddaballapur.

Students from across Karnataka, Andhra Pradesh, Tamil Nadu and also abroad are currently studying engineering in the campus.

Earlier, there was a dispute between students from Andhra Pradesh and Karnataka for a week.