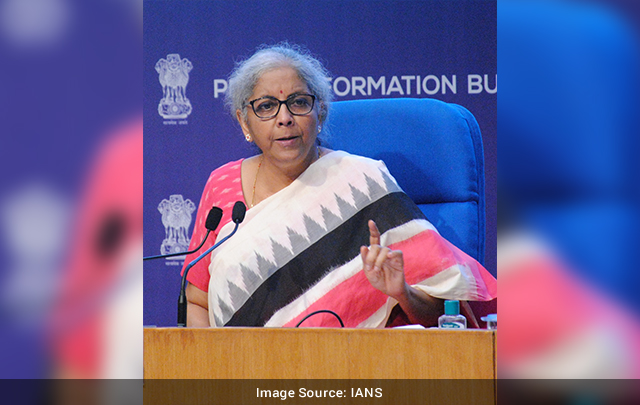 Bengaluru: Union Finance Minister Nirmala Sitharaman on Friday said that the Narendra Modi government has chosen a path of increasing allocation for infrastructure building, and concentrating on health infrastructure with the pandemic hitting the country in 2020.

Sitharaman, who concluded her two-day visit to Karnataka where she reviewed ongoing projects, and interacted with industry leaders, told reporters that from a stage when it did not even manufacture PPE, did not have enough ventilators or sufficient centres to test virology samples, the country has walked a long way of progress.

“With decision to increase allocation for infrastructure building now this year, we are looking at improving health infrastructure at the block level too,” she said.

She said that the Centre began facing the Covid challenge in March 2020 with the Pradhan Mantri Garib Kalyan Anna Yojana (PM-GKAY) which has been extended from this March till November 2021.

She said that this fiscal’s budget was prepared for pandemic-affected economy and its recovery in mind but after the second wave, the government was ensuring focus on medical infrastructure, and focusing on paediatric care.

Noting that the country was observing the 30th anniversary of the 1991 economic liberalisation, she said that the Reserve Bank is also monitoring and extending credit support too.

“In this tenure, the government passed agriculture bills which have now become Acts… labour codes, mining sector reforms, reforms to financial sector, reform to distribution network of power are all being undertaken even during the pandemic while in our previous tenure, we had passed Goods and Service Tax (GST) and Insolvency and Bankruptcy Code (IBC). Our primary focus has been bringing reforms,” she maintained.

To a question on extending GST compensation, Sitharaman reiterated that a special session of the GST Council would discuss this issue of extension, if any, after July 2022.

“The Union government cannot take separate steps, the GST Council decides on the formula of compensation to states,” she said.

Regarding pending GST compensation to states, she said that as per the discussions held in October 2020 with all the states on loss of revenue, and as a result of lack of money to pay the compensation, a formula was arrived at and based on it for the year 2020-21, whatever was agreed to be given through back-to-back borrowing has already been given.

“If the Union government gets better revenue, even the remaining amount will be paid or it will added to next year, depending on the situation,” she added.

On technical glitches in the new income tax e-filing portal, the Finance Minister said that hopefully the Infosys team which has developed it will completely sort it out. “There are one or two issues on which they are working on. When this new system developed by them became operational, people from nearly eight different parts of the country voiced grievances… since then, the team has been sorting out these issues,” she said.

In 2019, Infosys was awarded a contract to develop the next-generation income tax filing system to reduce processing time for returns from 63 days to one day and to expedite refunds.