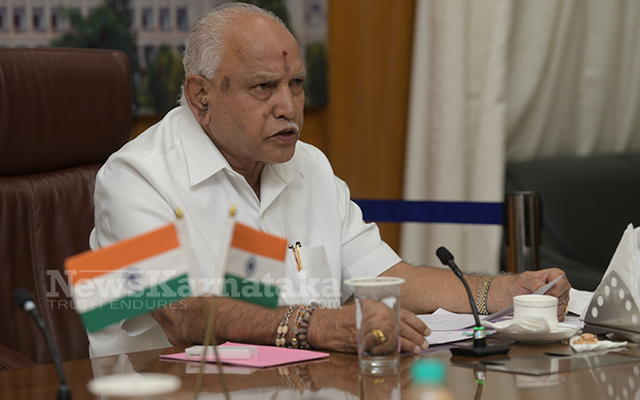 Bengaluru: A special court hearing cases against public representatives on Thursday dismissed a private complaint against Karnataka Chief Minister B.S. Yediyurappa and eight others, as it granted him reprieve from facing another set of corruption charges.

The court in its order said that the complaint is not maintainable in the absence of valid sanction, and accordingly was dismissed.

The dismissal order from the court has come as a big relief to Yediyurappa against whom some of his own party leaders are ganging up and alleging that he and his younger son B.Y. Vijayendra are indulging in rampant corruption in the state.

The complaint was filed by T.J. Abraham, president of the Anti-Graft and Environmental Forum, seeking an order for an investigation into alleged corruption by Yediyurappa and others.

The complainant had alleged that crores of rupees exchanged hands, and Yediyurappa’s family was the biggest beneficiary of these deals as they had received illegal gratification and the proceeds of the crime had been routed to Kolkata through a few shell companies to firms owned by Yediyurappa’s family members.

He had pleaded that the special court either take cognisance of offences under the PC Act against these nine persons, including Yediyurappa, his son, and some of his family members or order an investigation on the allegation of bribery in relation to a contract given to a private company for a housing project of the Bangalore Development Authority.

The court, which had reserved the order after hearing arguments, dismissed the petition.