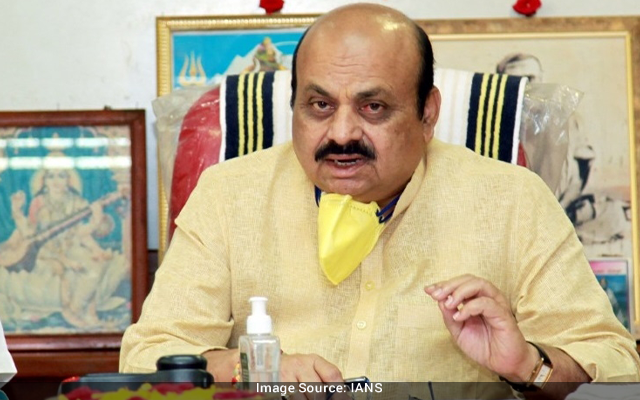 Following a court order on unauthorised religious structures in the state, the authorities in Karnataka are considering measures to get rid of such illegal structures constructed on public land.

Bommai said that a show-cause notice has been issued to the Mysuru District Commissioner and Tahasildar for not taking people into confidence before demolishing temples in the district.

He said that direction has been issued not to take decisions regarding demolition of temples in a haste all across the state. Clear guidelines will be issued after a detailed study of the Supreme Court order and discussion in the cabinet meeting, he underlined.

The ruling BJP is under fire from all corners in connection with vacating places of religious worship built on public properties in the state following the Supreme Court order.

As the district administrations have begun the work of vacating places of religious worship across the state, the ruling BJP is facing stiff resistance from Hindu outfits, opposition parties and their own leaders.

Hindu Jagaran Vedike, a powerful Hindu outfit, has announced that it is planning a massive protest against the Mysuru district administration which is planning to demolish 97 places of worship, of which 93 are Hindu temples. It has been announced that the protest will be held on September 16, when Jagadish Karanth, the outfit’s ‘Sanchalak’ for south India, will visit Mysuru.

Opposition leader Siddaramaiah has posted a video of a temple being demolished near Nanjangud, saying that temples are not safe under the BJP rule in the state.

MP Pratap Simha said, “The officers are targeting only Hindu temples. The demolition is taking place in such a way that proper time is not given to shift the sacred ‘kalasa’. The administration is twisting the Supreme Court order. It never prescribed direct demolitions. There is scope for shifting the temples. The officers are targeting Hindu temples as they think they can be soft targets. We will not tolerate this. Will they dare to touch illegal Masjids and Dargahs?”