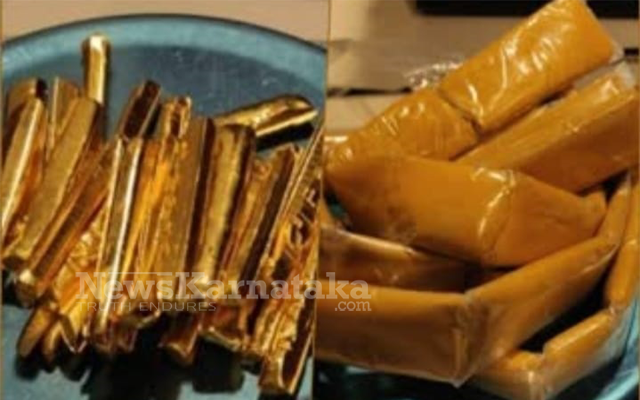 Bengaluru: The Gold worth Rs. 61 lakh was recovered on Thursday September 30 from under a passenger seat of Indigo flight that landed in Kempegowda International airport Bengaluru from Dubai on Saturday.

The custom officials during inspection found a packet under an economy class seat. The packet contained 29 gold sticks along with gold paste worth 61 lakh in total.

It is yet to be known, who has left the gold packet on board. Further investigation is on.