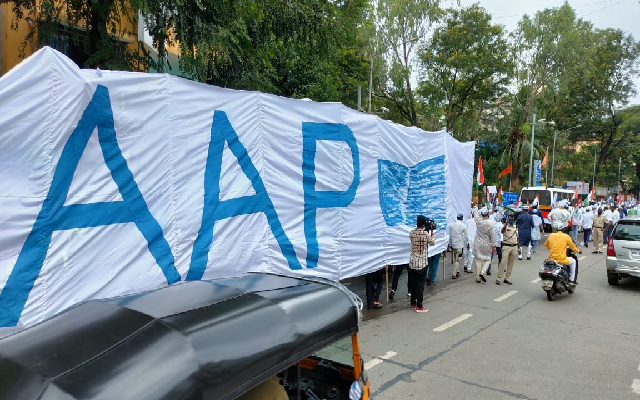 Talking to IANS, Prithvi Reddy, who is also the National Executive Committee Member and National Spokesperson, said that the party’s stupendous victory in Punjab has shown that AAP is not only confined to urban and metropolitan cities but can also make a mark in agrarian and rural India. “In next 4 to 6 weeks, many big names are joining the AAP in Karnataka. Their names can’t be disclosed at this point,” he stated.

Reddy, who had closely worked with Delhi Chief Minister Arvind Kejriwal and Anna Hajare, said that the people of the country will see a big change in Punjab not in five years but in as early as 5 to 6 months. The party will focus on drug menace haunting Punjab. The youth in Punjab are affected by drug rackets. There is a clear cut plan for drug menace and agriculture. It is a very big plan. It is going to reach all states in the country and good people will come forward to strengthen the party.

On the party’s plans for Bengaluru, he said that for next 30 days, the revolution that has been brought in New Delhi and Punjab will reach every household in the city. The New Delhi model has been most suitable for Bengaluru, though winnability was doubted. Friends from all major three parties are saying they are in disbelief. The doubt on winnability is cleared after the results of Punjab. The change will certainly come here as well.

Laying out broad plans for the state, Prithvi Reddy maintained that in another three months, AAP will find suitable candidates in all constituencies of the state. “We will give those candidates 9 to 10 months of time to reach out to every house in the constituency,” he said.

Till yesterday, the people talked about the good work done by AAP and felt sorry that the party can’t face dirty, feudal politics in the state. People maintained that AAP can’t win against money and muscle power. The barrier now has been crossed with Punjab victory. New breed of people are going to take over politics, he says.

The Hijab issue in Karnataka is a trap by the BJP as they can’t exhibit their work. Congress treats minorities as their vote bank whereas BJP treats majority Hindus as their vote bank. AAP caters to the needs of the poor and needy of all religions who do not need religion and they want something else, which AAP will take care of, Reddy said.