Bengaluru: Sleuths of the IT department continued raids and searches at the residences and offices of contractors in Bengaluru and other cities of the state on Friday October 8. The officers have recovered documents, hard discs and other evidence during the search at the residences of Umesh and Arvind who are identified as being in the close circle of former Chief Minister B.S. Yediyurappa.

A five-member team is conducting a search at the residence of Arvind at Vasanthnagar, who is said to have close links with Yediyurappa’s son B.Y. Vijayendra. Arvind is said to be in touch with Umesh and handled contracts allotment. Arvind has gone to Dubai and the IT officials have summoned him back for questioning.

The team conducted raids on the residence of industrialist and contractor Jayasheela Shetty, near Gokak in Belagavi district. It is said that the IT team is focusing on contractors who got tenders and also suppliers of raw materials. The raids on the residence and offices of contractor D.Y. Uppar and chartered accountant Lakshmikanth are also continuing in Bengaluru and other locations.

Yediyurappa said that his family has got nothing to do with the IT raids. Umesh is cooperating with the IT officers. He has been present all through the raids. The raids are not politically motivated. There is no connection between the by-elections and the IT raids, the former chief minister added.

The Income Tax Department sleuths carried out raids on 50 locations in Bengaluru city and Bagalkot district on Thursday morning. They raided the houses and offices of industrialists, contractors and chartered accountants in the city. Sources said that raids are being conducted after obtaining information from an insider of the state irrigation department.

A team of 300 officers is conducting simultaneous raids in various locations in the city after getting a tip-off on amassing of wealth by the accused persons by evading taxes and through other means.

The IT sleuths recovered four bags full of documents from the residence of Umesh, located in Bhashyam circle in Bengaluru on Thursday.

Sources said that IT officers are probing major discrepancies in the schemes implemented during Yediyurappa’s tenure by the state irrigation department. They said that thousands of crores of rupees changed hands as kickbacks in the process. 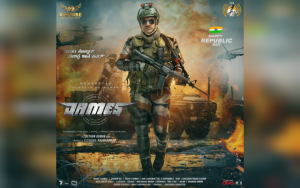 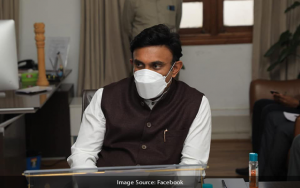