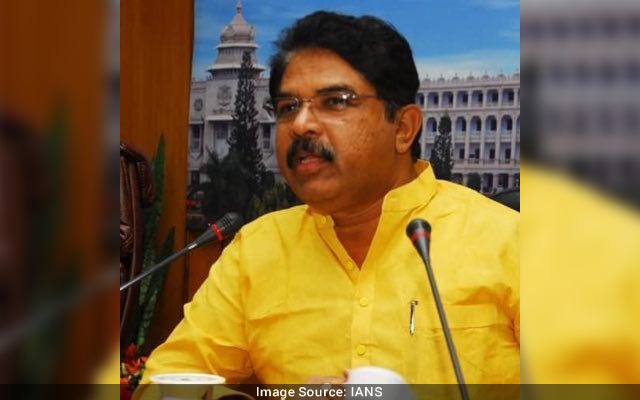 Bengaluru: Even as the Covid-19 pandemic’s second wave abates, Karnataka is bracing up to fight a possible third wave of the pandemic in the near future, state Revenue Minister R. Ashoka said on Tuesday.

“The state government is gearing up to tackle a possible third wave of the pandemic by ramping up its healthcare infrastructure across the state,” Ashoka said at a function at his Assembly segment in Padmanabhanagar in the city’s southwest suburb.

Ashoka said on the advice of experts, the state health department is setting up paediatric hospitals in all the 30 districts to treat children contracting the virus, as feared during the possible next wave.

“Several doctors are being trained to treat the infected children in case of the outbreak of a possible third wave of the pandemic. Medicines are being procured on priority to ensure hospitals are well-stocked for treating Covid patients,” asserted Ashoka.

On May 13, the state government had constituted a 13-member expert committee headed by noted cardiologist Devi Prasad Shetty to prepare Karnataka for tackling a possible third wave in the coming months.

In its interim report submitted on June 22, the committee had recommended ramping up health infrastructure with more beds, oxygen, ventilators and other medical devices to treat Covid patients in the state-run and private hospital.

“Though cases have been under control in our state over the past few weeks, they are high in neighbouring states like Kerala and Maharashtra, which is a concern and calls for following Covid appropriate behaviour to contain the virus spread,” said Ashoka.

The state government has set up check-posts in the border areas to test people entering the state from Kerala or Maharashtra if they do not carry a 72-hour negative report or vaccine certificate.

“We are taking tough measures to ensure that Covid cases do not rise again in the state,” he noted.

Meanwhile, Ashoka and BJP legislator Satish Reddy on Tuesday distributed about 1 lakh food kits to the needy, who have been affected by the Covid-induced lockdown during the second wave.