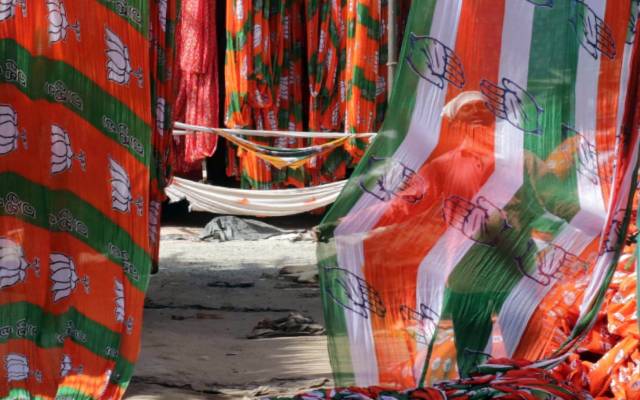 Bengaluru: Leaders from both the Bharatiya Janata Party (BJP) and the Congress in Karnataka have been toiling hard since the Goa Assembly election campaign began to help their parties form the government.

Both the parties are now focusing on the post-poll scenario as the state seems headed for a hung assembly.

The BJP has made staunch Hindutva leader C.T. Ravi the party’s National General Secretary in-charge of Goa while the Congress has made party loyalist Dinesh Gundu Rao the All India Congress Committee (AICC) Goa in-charge.

Most of the prominent north Karnataka leaders, especially from Belagavi and surrounding regions, camped in the coastal state for campaigning.

Though the BJP seems likely to form the government in Goa as it is leading in the most number of seats (20), the Congress has still not given up hope of forming the government as it leads in 12 seats.

Karnataka Congress leaders have the experience of wresting power from the BJP and formed the Congress-JD(S) coalition government in 2019 and countered the BJP’s strategy to poach opposition party MLAs.

BJP leaders have first-hand experience of carrying out ‘Operation Lotus’ to bring the party to power twice in Karnataka.

In the Goa elections, the AICC has sent Karnataka party President D.K. Shivakumar, the party’s troubleshooter, to Goa.

The drama in Goa politics is likely to continue for some more time, even as the BJP is staking claim and is confident of mustering the required strength of 21 seats.

Sources from both the BJP and the Congress claim that Goa is going to witness the drama of resort politics with ‘Operation Lotus’ as well as ‘Operation Hasth’.

Both parties have asked their top leaders from Karnataka to chalk out the strategy to form the government in Goa.

Though the Congress had emerged as the largest party in the 2017 Assembly elections by winning 17 seats, the BJP seized the opportunity and manipulated to form the government in Goa.