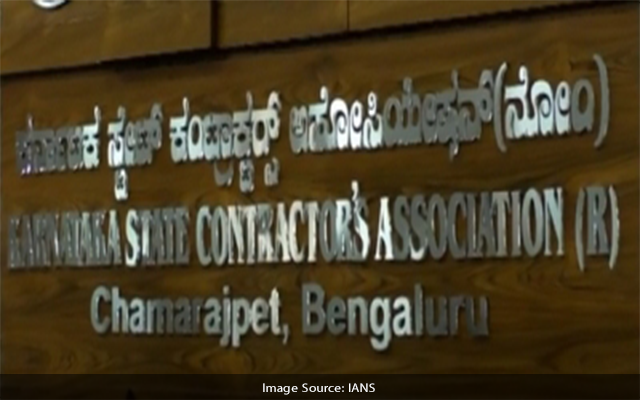 Bengaluru: The Karnataka Contractors Association has warned the state government on Monday December 13 that if their demands are not fulfilled, all contractors would stop work on the government projects from January 3, and stage a massive protest.

The president of the Association D. Kempanna who earlier made startling allegation that BJP leaders and bureaucrats are getting 40 per cent cuts in all projects, said the association has planned a massive protest on January 3 against the ruling BJP.

The government has to release Rs 22,000 crore for contractors who have executed projects for various government departments.

Instead of releasing the dues, the government is trying to finish off contractors by implementing package contract systems. “The government should talk to us before January 3, otherwise all works would be stopped,” he warned.

He said that all contractors have decided to protest against the corruption. Despite writing letters to even Prime Minister Narendra Modi, they have not been able to meet Karnataka Chief Minister Basavaraj Bommai, adding that were not able to meet former Chief Minister B.S. Yediyurappa as well.

“There is no use even after submitting a memorandum to the Governor Thawar Chand Gehlot,” he said.

“In all contracts, 40 per cent cut is gone and corruption is evident. We have all documents. Let the government order probe. We will submit all documents. We don’t belong to BJP, Congress or JD (S) parties,” he stated.

The corruption in contracting is on steady rise since 2019. Earlier the cut was between 10 to 15 per cent. He maintained that it is not possible to name the leaders who got the cuts. He maintained that they have documents and they will submit to probing agencies.

“Recently, the government has ordered probe under senior IAS officer Rakesh Singh. He is in-charge of the irrigation department. There is corruption in the department,” he said, adding: “The corruption is rampant in irrigation, PWD and BBMP. Contractors from outside are preferred over local contractors.”

Ravindra, a local contractor said the ruling BJP government has pushed contractors to the verge of committing suicide. “A judicial probe must be ordered under the monitoring of the Supreme Court retired judge,” he said.