Bengaluru: Karnataka Minister for Rural Development and Panchayat Raj, K. S. Eshwarappa has urged the Central government to initiate action against hate posts circulating on the social media on the deaths of Chief of Defence Staff (CDS) General Bipin Rawat and 12 others.

On the evening of Friday December 10, Eshwarappa claimed that at a time when the whole world is condoling the deaths, few sick minds are celebrating the tragic incident, which is an insult to soldiers and a great leader who led the armed forces.

“This should not be taken lightly. The citizens of this country will never forgive the miscreants who are in celebration mode. It is the duty of the people of this country to condemn the acts,” he added.

While lauding Chief Minister Basavaraj Bommai for initiating action against the miscreants who are posting the hating messages, Eshwarappa also urged the Central government to initiate strict action against these elements.

CM Bommai earlier announced that he had instructed the Police Chief to take legal action against the persons who have tweeted derogatory, celebratory messages about the death of CDS General Rawat.

“Every Indian should strongly condemn this act of perverted minds against the man who led the armed forces to defend the country. This perversion cannot be tolerated. They should be punished. The culprits who posted such perverted, derogatory tweets would be traced and legal action would be taken.

“I visited Captain Varun Singh, the survivor in the helicopter crash, at the Command Hospital in Bengaluru. He is getting the best medical treatment by specialist doctors. I pray for his speedy recovery,” CM added. 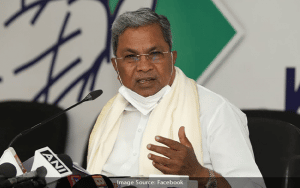