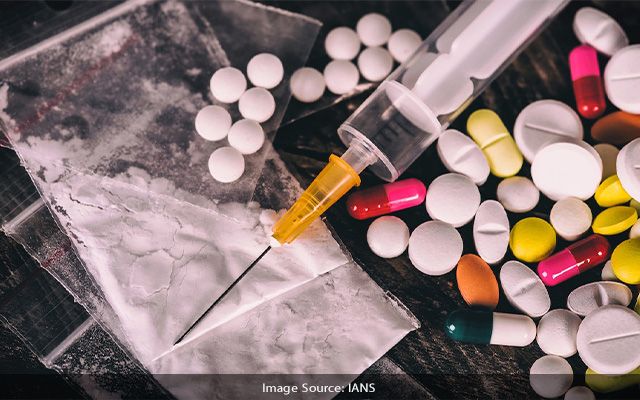 Bengaluru: Karnataka police on Friday announced that they have arrested two drug peddlers who ensured doorstep deliveries to customers in Bengaluru and seized Rs 2 crore worth of narcotics from them.

The arrested were identified as Vikas and Shivam, residents of Pattanduru in the Whitefield area.

The Central Crime Branch (CCB) sleuths carried out the operations based on the tip-off by the accused arrested in connection with the drug peddling case.

The accused persons used to get parcels from Delhi. The gang based in Delhi used to transport drugs through trains and parcels containing drugs reached the homes of the two accused persons from the railway station.

In turn, they parcelled and ensured home delivery for drugs to their customers, the police said.

The arrested persons, who hail from Jharkhand, told the police that they procured drugs from one Akshay Pande from Bihar settled in New Delhi.

They also revealed that Pande the purchased drugs from international drug peddlers through the darknet. The police are investigating the case.

In another incident Bengaluru West division police have arrested a rowdy-cum-drug peddler on the run for eight years.

The arrested is identified as Mohammad Hameed (35).

The police have also secured his brother Mohammad Sadiq.

DCP West Sanjeev Patil said that the accused were involved in selling ganja in Bengaluru.

By their arrest, as many as 15 cases registered in various police stations across the city have been solved.

Hameed, a history-sheeter procured Ganja from Tamil Nadu and Andhra Pradesh. Though arrested and jailed by police in 2013, Hameed continued with a crime after obtaining bail and disappeared.

In yet another case, Kamakshipalya police in Bengaluru have arrested a police informant turned drug peddler Ratan Lal on Thursday.

The police recovered ganja and an airgun from the accused.

Lal tried to misguide the cops by giving false information on drug peddling and landed in the police net.