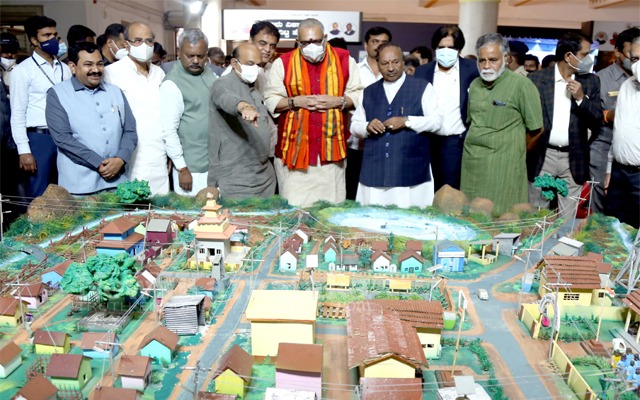 Bengaluru: From the upcoming Republic Day on January 26, Basavaraj Bommai Government’s ambitious ‘Amrutha Grama Seva Yojane’ for offering online services to citizens at the Gram Panchayat level will be launched on a trial basis in five districts.

On Thursday September 23, Chief Minister Basavaraj Bommai made an announcement in this regard at the inauguration celebration of the Amrutha Gram Panchayat programme, which was held at Vidhana Soudha’s Banquet Hall.

According to CM Bommai, the initiative will be implemented with the goal of ensuring that Gram Panchayats serve as centres for citizen services and that government services be provided to people’s doorsteps. He also urged officers to start preparations for the scheme’s implementation. 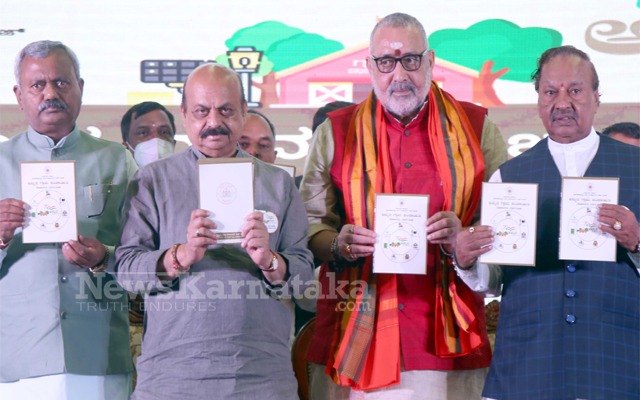 The Amrutha Gram Panchayat Scheme envisions the development of 750 gram panchayats, with each panchayat receiving an average of Rs. 3 crore, totaling to Rs. 2300 crore.

He said that each Panchayat that completes the programme by March 31, 2022 will receive Rs. 25 lakh incentive.

He also mentioned that if all Gram Panchayats meet the deadline, 1500 Panchayats would be chosen for the plan the next year.