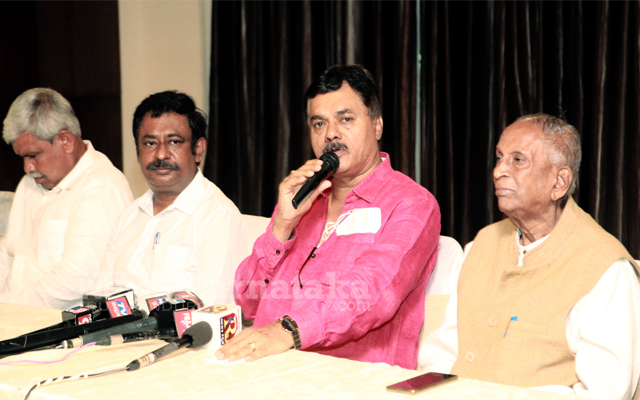 Addressing the press conference held here on Tuesday June 27 he said, ” After the resignation of BS Yediyurappa, the post of Chief Minister is vacant. So, KS Eshwarappa is a contemporary of BSY who has worked for the betterment of the entire society. He had worked as DCM too. So we request to appoint him as next CM.”

Further, he said, with the support of Bhairati Basavraj and TMB Nagraj the BJP came into power. So considering the seniority of KS Eshwarappa, he must get appropriate status.

“DVS and Jagdeesh Shetter were appointed as CM in past, Now the CM post should be given to the leaders from Backward classes, as it consists of 32 per cent of the population, he added.

“We are requesting on behalf of Kurubara Sangha, if our demands are not taken into consideration we will hold a huge protest,” he warned.

Treasurer Devraj and other directors were present.