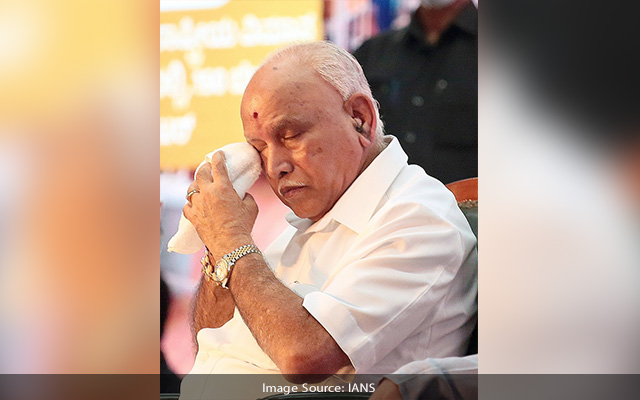 Bengaluru: The way Karnataka Chief Minister Yediyurappa cried on Monday July 26 while announcing his resignation, it was not the tears of one person. They were the tears of a chief minister who represents the state. What is the pain behind this? Who caused that pain? KPCC President D.K. Shivakunar asked on the exit of Yediyurappa.

Let this be revealed to the people of the state, he urged.

There is no happiness visible behind his resignation. Instead, the pain was clearly visible. What’s that pain? Who is responsible for that, he should explain it to the people of the state, he demanded.

Was he pained because the people suffered two years of coronavirus? Is it because the party high command didn’t control the MLAs going against him? People should know this, he said.

The BJP leaders stabbed Yediyurappa in the back. A leader, Eshwarappa gave a complaint against the CM to the Governor, another was seen speaking against him showing total disrespect, he added.

The state as well as national leaders have troubled Yediyurappa since the beginning. Yediyurappa didn’t get support from the high command. They didn’t control who foul-mouthed him, Shivakumar pointed out.

“Whoever left the Congress have lost their positions today. We shall see if they want to return to the party. We don’t find any profit in Yediyurappa being replaced. People of the state have already decided to replace the BJP itself,” he claimed.