Bengaluru: Bengaluru experienced its worst air quality at around 6.00 am on Tuesday March 15, when the Air Quality Index (AQI) touched 279, with Bapuji Nagar’s AQI at 170.

AQI readings of over 150 were recorded in Hebbal, Siddapura, Jayanagar, and Madiwala.

Vehicle emissions and ‘road dust,’ which is raked up when vehicles pass over it, are reported to be the main sources of pollution in the city.

Bengaluru’s vehicles do not adhere to quality control standards, and the majority of them still run on diesel and petrol. According to IQAir, the use of diesel in combination with outdated engines found in many older trucks and cars produces Black Carbon (BC). 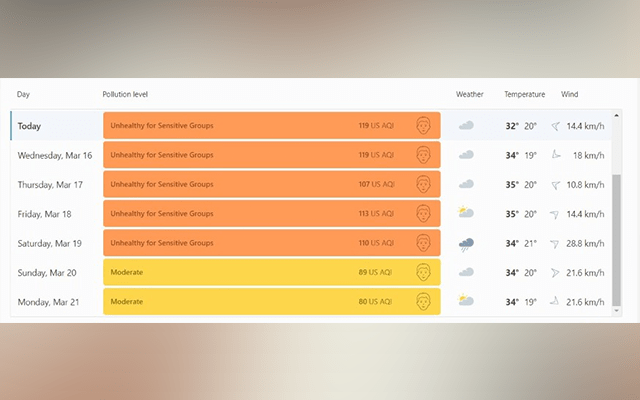 The construction industry, which is responsible for dust, sand particles, and cement residue in the environment, appears to be another important polluter. Pollution in the City is further exacerbated by haze, smoke, garbage burning and use of air conditioning.

However, according to IQAir’s forecast, the city’s air quality is expected to return to a moderate level (80) by the end of the week.