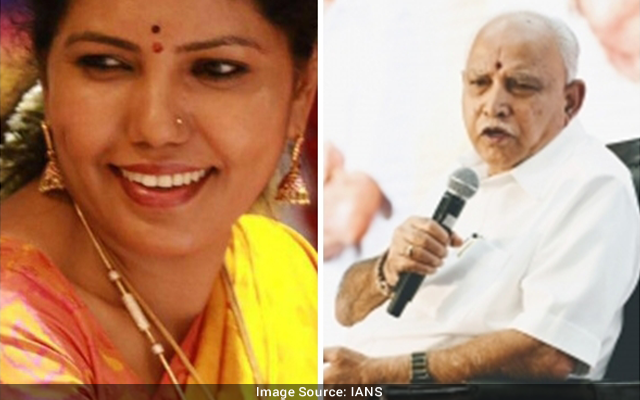 Bengaluru: Evincing surprise at his announcement to quit, outgoing Karnataka Chief Minister B.S. Yediyurappa’s elder daughter, S.Y. Arunadevi, on Monday said that her father may have taken the decision on Sunday night prior to going to bed.

Arunadevi, who is also the women wing President of Akhila Bharatha Veerashaiva-Langyat Mahasabha, told reporters that her father had always been an impulsive decision-0maker and sticks to his decisions.

“None of us (Yediyurappa’s children) were aware of what message he wanted to convey during the two-year anniversary conclave. It was kind of a surprise for all of us. He must have taken that decision at that very moment or perhaps before going to bed on Sunday night, which is my hunch,” she said.

Arunadevi also added that there was no message from anyone as such asking him to resign.

She said that going by her father’s nature, he will not be quitting public life and will continue to work in that space only.

“I don’t think rare people like my father can ever think of retiring politically or otherwise. I will go by his words, he has been often saying that his aim is ensure that BJP retains power in Karnataka in 2023. I believe in him and his vision,” she said.

3 drown during Ganpati immersion in Mumbai