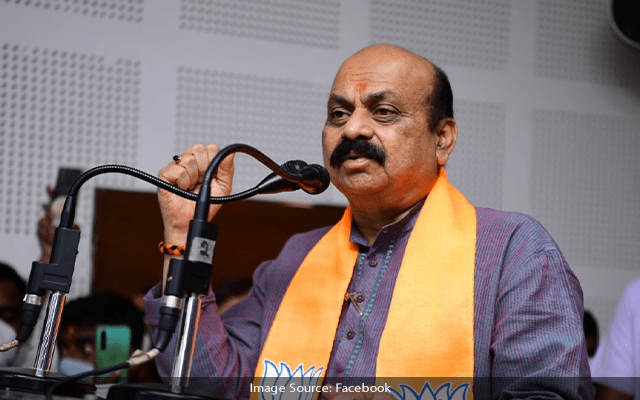 Bengaluru: Chief Minister Basavaraj Bommai said on Friday April 8 that there is no comparison between Karnataka and any other state in the country when it comes to Foreign Direct Investment (FDI), and attempts made by neighbouring Tamil Nadu and Telangana to woo investments and companies from the state are not in good taste.

Speaking to reporters here, Bommai said that Tamil Nadu and Telangana have become desperate, but there is no comparison with State.

“You cannot compare, not just Bengaluru, but the entire state of Karnataka with any other state in the country. The comments are not in a good taste… Those states must tell what is good in their states and attract investors,” he said.

“Inviting investors by criticising another state is not necessary. I have never asked investors from Tamil Nadu or Telangana to come here. That is our strength. If they are desperately calling companies, it will only mean that no one is going to those states for investments and that is why they are calling out,” Bommai said.

“We are getting investors. An economist is meeting me to discuss an important project. In the coming days, more investors will come to the state. Big proposals are lined up for the state,” the CM added.

Bommai further said that in the last three quarters, highest FDI has come to Karnataka.

“We have got $2.224 billion in startups. There is no comparison with other states. Let them develop their own state, I am not against anything.

“The investments come on our strengths, human resource, infrastructure and talented resources. People are coming to the state for investment and they will continue to invest in Karnataka. The state’s progression could not be stopped, no matter how much campaigning is done, and I will see to it that this progress is unhindered,” he added.

Commenting on Friday’s bomb scare in Bengaluru schools, Bommai said that attempts are being made to disrupt peace in Karnataka.

“Ours is a progressive state, but attempts are being made to bring disrepute to it. We have told the police to take these things seriously. The accused persons would be taken into custody. All necessary security measures would be initiated,” he said.

He also appealed to the parents of the students to remain calm.