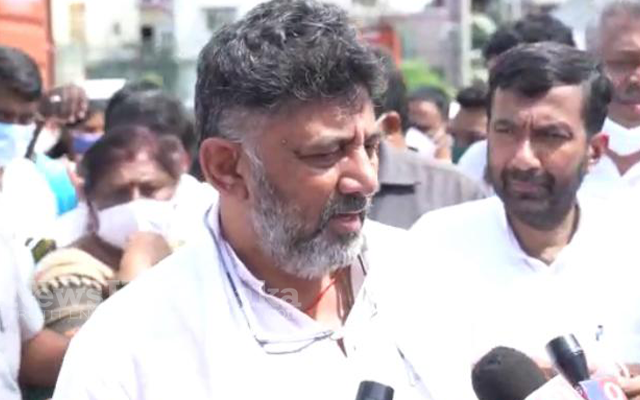 Bengaluru: The people of the State have decided to elect Congress to power and willing to snub BJP. Hence, BJP’s efforts to make wrongs right will not have its effect on people, said Karnataka Pradesh Congress Committee President D. K. Shivakumar.

Speaking to media persons on Monday July 19, Shivakumar said that he would like to dwell into BJP State President Nalin Kumar Kateel’s audio clip controversy as things are very clear at the outset itself. No one can fool people as they know which voice belongs to whom. People can distinguish us with our voices and point out that who is Siddaramaiah, Shivakumar, Yediyurappa by our voices, he took a jibe.

Speaking further, Shivakumar said, “I don’t want to react to this as it is BJP’s internal matter and like the other controversies that have happened earlier, the party will hush this up too.” Moreover, this issue and Congress has no connection and hence I will leave it for people to judge, he added.

State wave says that people are favouring us and at present we are concentrating on helping the public in Karnataka through our programmes as much as possible, he affirmed.