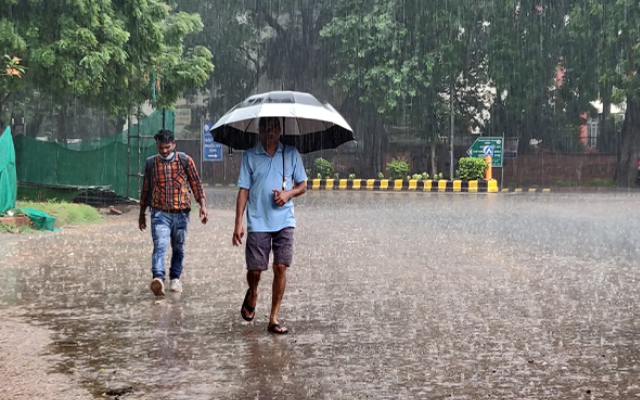 Bengaluru: The India Meteorological Department (IMD) has forecast rain, thunder, and lightning for most parts of south interior Karnataka for the next two days due to local convection. The emergence of a low-pressure area over the south Arabian Sea is expected to bring rain to parts of Karnataka from May 6.

IMD experts predict that a cyclonic circulation will form over the south Andaman Sea and its neighbouring areas around May 4 and will develop into a low-pressure area by May 6 Due to heavy rainfall across most of Karnataka.

Instead of just seasonal outlooks, the IMD has begun to release sub-division wise monthly outlooks. This has also begun as a result of the extreme heat in most places of India. Maximum and lowest temperatures, as well as rainfall, are all included in the forecast.