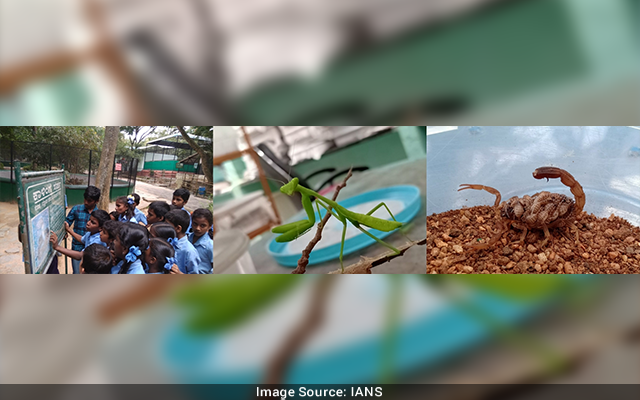 Bengaluru: Marking July 16 as the World Snake Day, rare snake species have been displayed at reptile park in the Bengaluru zoo to spread awareness about them, an official said on Friday.

About 20 per cent of the 3,000 species of snakes the world over are venomous, including four found in the Indian sub-continent — Cobra, Russell’s Viper, the Saw-scaled Viper and Common Krait.

“Snakes play a key role in the eco-system, as they act as both prey and predators in the food chain. They predate on small mammals, birds and rodents, while they are prey for other snakes and birds like Eagles and Kites,” said Singh on the occasion.

The zoo has also organised a guided tour of the reptile park on this weekend to interact with its keeper and a biologist expert to learn about the unique species, which are cold blooded animals whose activity levels are dependent on environmental temperature.

The zoo has also organised a guided tour of its Butterfly Park on July 17-18 to visitors for a close-up experience and provide them an opportunity to interact with an entomologist and learn about butterflies and other insects them and their role in the ecosystem.

Among insect species on display are scorpion, which gave birth to 20 nymph. Its young ones climbed on mothers’ back for protection and sucks nutrients and food from her body.

Exoskeleton of praying mantis (Mantodea), which is shed by nymphs multiple times before they turn into an adult.