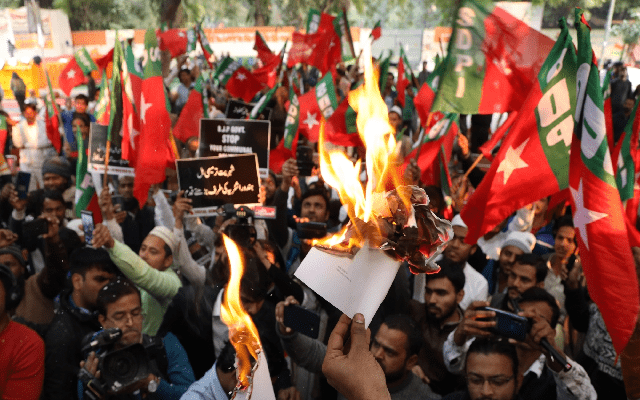 Bengaluru: As the campaign to boycott halal meat has intensified across State, the Social Democratic Party of India (SDPI) on Friday April 1 will stage protests across taluks and district centres in the State.

SDPI State President Abdul Majeed said that the state’s ruling BJP is creating anarchy, which is why they have called for the protests.

The police have made tight security arrangements to maintain law and order during the demonstrations.

Meanwhile, the campaign to boycott halal meat has spread to the districts of Shivamogga, Ramanagar and Mandya.

In Ramnagar, BJP leaders have allegedly posted videos on social media and appealed to the people against buying halal meat.

Bajrang Dal activists in Shivamogga staged protests by visiting hotels and butchers in Bhadravathi town which led to a verbal altercation. A complaint has been lodged against seven activists in connection.

In Mysuru district, Jana Jagruthi Samithi has made a submission to district authorities to ban halal products.

Hindu activist Prashant Sambaragi has written to the state’s Minister for Food and Civil Supplies Umesh Katti to give directions to online shopping portals and websites to provide an option to buy non-halal meat.

There is a situation where it is inevitable for everyone to use only halal products, which is a violation of the rights of the majority of people, he had complained.