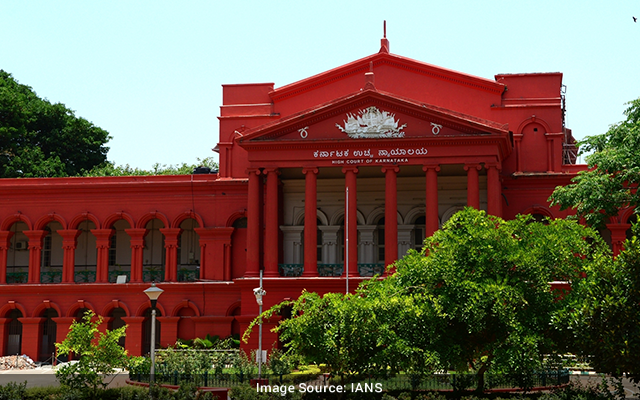 Bengaluru:  The woman who has accused former Karnataka minister Ramesh Jarkiholi of raping her twice, appeared before a magistrate here on Tuesday and recorded her statement in what has come to be known as the Sleaze CD case.

Prior to her arrival at the court, her legal counsel Jagadesh K. N. Mahadev said his client will record her statement under the relevant provisions of law and that it cannot be revealed at this point of time.

Since it emerged on March 2, the case has seen many twists and turns and lived up to its reputation even in Tuesday as while media persons, lawyers and policemen eagerly waited outside the magistrates’ court complex in Nrupatunga Road, but the woman was driven from her hideout straight to Gurunanak Bhavan, where she recorded her statement in front of a woman magistrate and a woman typist.

The woman had gone underground soon after video clips containing her intimate chats as well as of her in a compromising position with Jarkiholi went viral on social media and news channels on March 2. This led to the minister’s resignation the next day.

Since March 13, the woman has released five video clips at different points of time from her secret hideout, alleging that her life was under threat from Jarkiholi. On his part, Jarkiholi lodged a police complaint on March 13 alleging that a ‘fake CD’ was in circulation to malign his reputation.

In his complaint, Jarkiholi has not named anyone till now. However, he has broadly hinted at Congress’ Karnataka President D.K. Shivakumar’s role in this incident.

Both were in a running feud since 2018, which was a primary reason for Jarkiholi to defect from the Congress to the BJP. He was one of the 17 defectors, who pulled down the Congress-JD(S) coalition government headed by H.D. Kumaraswamy in 2019, by crossing over to the BJP.