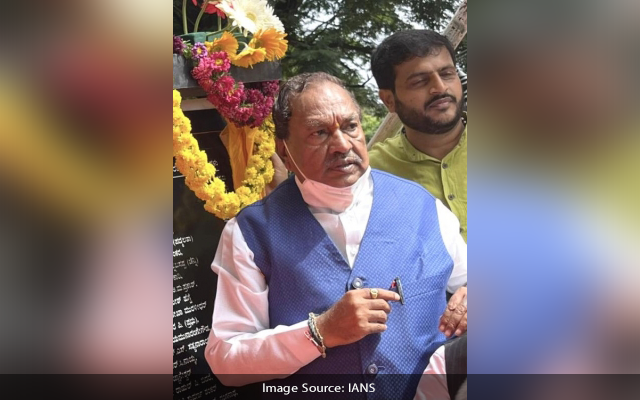 Bengaluru: Rural Development and Panchayat Raj Minister K. S. Eshwarappa on Monday April 4 said that a solution to the issue of blazing loudspeakers from mosques disturbing students and patients can be found by taking the Muslim community into confidence.

Addressing mediapersons, Minister said that the use of loudspeakers is not a competition between mosques and temples. This may lead to conflict between communities, he noted and urged Muslim leaders to make sure that loudspeakers are limited to their places of worship without disturbing others.

Further, Eshwarappa added that he had no objections to Mulsims offering prayer but only use of loudspeakers. Tomorrow, Hindus and Christians would also want to do the same, he said and added it might lead to conflict. Hence, I request Muslim community leaders to think about the issue, and come up with a solution.