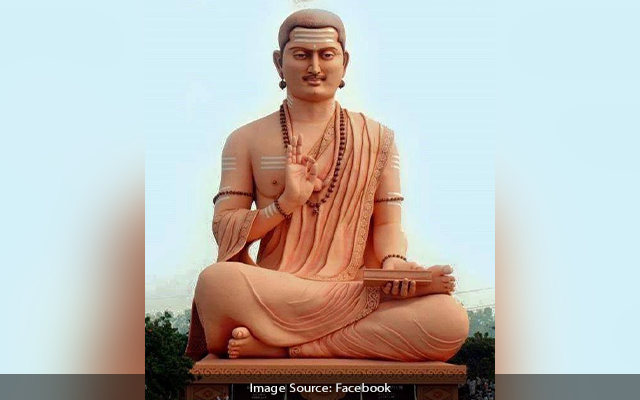 Bengaluru: The politics over textbook revision in State refuse to die down as the ruling BJP is now in a fix over a fresh row over the description of social reformer Basavanna, who is revered by the Veerashaiva-Lingayat community.

The prominent seers of the community have urged Chief Minister Basavaraj Bommai to get the description of Basavanna corrected. They have also warned Bommai of protests if the revision is not carried out. The Veerashaiva-Linagayat community is standing firmly with BJP in the state, and the issue is being considered seriously by the ruling party.

Basava Jaya Mruthyunjay Swamiji of Koodalasangam Mutt and Panditaradhya Shivacharya Swamiji of Taralabalu Mutt have warned the state government about revision of the lesson on Basavanna.

Expressing shock Jaya Mrutyunjay Swamiji stated that the principles propagated by Basavanna and Kuvempu have been disrespected. Basavanna chose to leave his house due to inequality. However, different versions are presented in the textbooks now. Bommai’s father was also a follower of Basavanna. He has the guidance of religious seers. Bommai must take steps to revise the mistakes, he said.

He urged Bommai not to maintain silence over the issue and tell the world about Basavanna’s principles and he should also know how his father lived.

“We cannot tolerate damage caused to Basavanna philosophies,” he said.

Panditaradhya Shivacharya Swamiji warned of statewide protests if Basavanna’s philosophies are misrepresented. He has written to Bommai explaining that the Textbook Revision Committee has left out, edited the lesson on Basavanna for the class 9 textbook.

Education Minister B.C. Nagesh had met Nirmalanandanatha Swamiji, the religious seer revered by another dominant community, the Vokkaligas in Karnataka on Monday to clarify about the regional anthem written by Kuvempu.