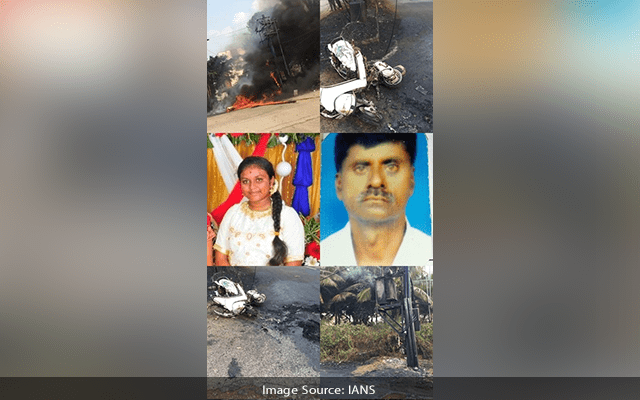 Bengaluru: A father and daughter who suffered severed burn injuries after an electric transformer exploded in Bengaluru have succumbed to their injuries, authorities said on Thursday March 24.

The 19-year-old Chaitanya died at 2.00 am on Thursday, while her father Shivaraj (55) died on Wednesday, just hours after the incident occurred in the city’s Ullal area.

They were both to the Victoria hospital following the accident which took place when the father and daughter duo were returning home on a bike after booking a convention centre for Chaitanya’s engagement ceremony.

Shivaraj had slowed down the bike to cross a road bump at the time of the blast, the police said.

After the blast, the victims were covered in oil from the transformer which led to their fatal burn injuries. The impact of the blast was such that the bike was also burnt.

Following orders by the Minister for Cooperation and local MLA S. T. Somashekar, Jnanabharthi police have lodged an FIR against the Executive Engineer and other officers of the Bangalore Electricity Supply Company Limited (BESCOM) under criminal negligence.

Earlier in the day, locals had complained about the leakage of oil from the transformer to the BESCOM, but to no avail.