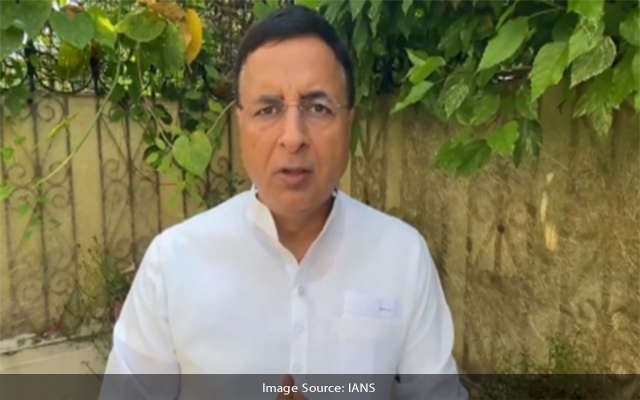 Bengaluru: After setback in Chandigarh Municipal polls, the Congress has achieved a good result in the Karnataka civic polls. The party claims to have won 500 wards which is more than the ruling BJP in the state. The Congress said that the government tried to divert attention on various issues by polarising voters, but the public replied through ballot.

Party General Secretary Incharge of the state Randeep Singh Surjewala said that, “Congress exhibited a stupendous performance winning a large number of seats in 58 Urban Local Bodies. It has won 500 Wards, against 435 by the ruling BJP. JD(S) victory was limited to 45 Wards only.”

“Manufactured issues like anti-conversion law and management of temples are not what people are going to be taken in with. Progressive Kannadigas realise that such issues are meant to serve no one but divisive forces. Every second that the spurious and corrupt Bommai Govt continues, it is an anathema to development and progress,” he said.

Surjewala said, “the Party expresses deep gratitude to all our Kannadiga brothers and sisters for their blessings, foresight & the faith reposed in the Congress Party in the Local Body Elections. The Party records special accolades for all the Congress workers and leaders, who reached out to the masses and are the guiding light of party’s victory.”

The Congress claimed that the vote share in these Local Body polls also indicate a huge slide in the popularity of the BJP in the state. The vote share of the Congress came up to 42.06 per cent, whereas for BJP and JD(s) it stood at 36.9 per cent and 3.8 per cent respectively.

The party said that at a time when the BJP ruled Karnataka as indeed the country is faced with a crisis situation, successive election results off late have clearly established that the voters care most about price rise, falling incomes, jobs, rampant corruption and BJP government’s apathy towards public welfare.