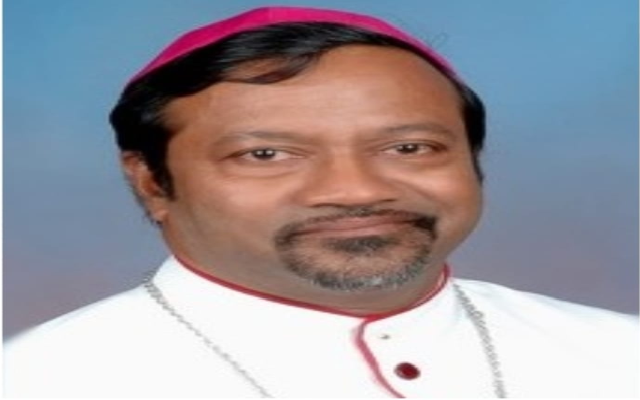 Bengaluru: The Archdiocese of Bengaluru has expressed reservations in their reaction about the Bill and the intent behind it, even as right-wing activists are creating tension on the necessity for an anti-conversion Bill in Karnataka. The proposal of the Karnataka Government has been questioned by Rev. Fr. Peter Machado, who is also the President of the Karnataka Region Catholic Bishops Council.

In a letter he stated that, “I have read the reports in the media that the Backward and Minority Welfare Department of Karnataka wishes to make a survey of the Christian missionaries and their places of worship. We consider this exercise as futile and unnecessary. There is no good that will come out of it, in fact, in the background of the conversion bogey and anti-religious feelings, it is dangerous to make such surveys.”

He further mentioned that with this their community places of worship, pastors and sisters will be identified and may be unfairly targeted. Already such incidents are reported in the North and in Karnataka. Fr. Peter Machado questioned as to why is the government primarily interested in conducting a survey of Christian religious workers and houses of worship and that they are disappointed in the Chief Minister Basavaraj Bommai, whom they regarded highly as a broad-minded and enlightened individual. He alleged that the CM succumbed to fundamentalist groups seeking to disrupt the society’s peace, harmony, and peaceful co-existence.

Fr. Peter Machado asked the government to count the Christian missionaries’ educational establishments and medical centres. That will give a good notion of the Christian Community’s contribution to the nation’s development.

He also questioned if as alleged by some, Christians are converting indiscriminately why the percentage of Christian population is reducing regularly when compared to the others?

The letter further stated that we are always against forced, fraudulent, and incentivised conversions, and we reiterate that we are lawfully abiding by the Constitution of India’s prescriptions, which are supreme and sacred to us and seek the help and support from the government.