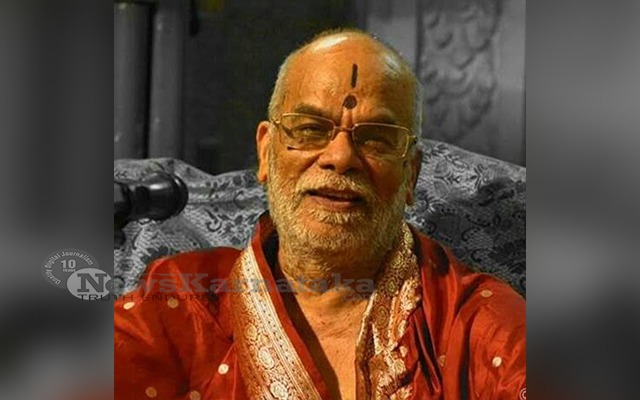 Sri Vidyadhiraja Teerth Swamiji, 23rd In the pontifical lineage was given Sanyas Deeksha on 26th Feb.,1967 in Sri Ram Mandir Wadala, Mumbai by his illustrious preceptor, Shrimat Dwarakanath Teerth Swamiji, who brought Shri Gokarn Math to Mumbai as earlier there was no branch of the math in the city. Shri Swamiji ascended to gurupeetha on 5 April 1973 and thereafter has been tirelessly working for the spiritual upliftment of the followers, the prime duty cast on the maths. Under his leadership quite a few old temples and math branches were renovated and rebuilt and Swamiji revived in a big way the ancient-most mode of worship by yagas and yajnas and also by undertaking pilgrimages to holy places, including the ones in the remote parts of the Himalayas.

In the year 2016, H.H. Swamiji performed the Suvarna Chaturmas to commentate 50th year of diksha sweekar at Mangaluru.