Mangaluru: National Investigation Agency and State Police in a joint anti-terrorist operation has been able to bust the gang and arrest several involved in terrorist activities that has had contact with Islamic State from across the country.

It can be recalled here that 24-member-team of NIA who came early morning on Wednesday August 4 raided B. M. Basha, son of Former MLA and litterateur late B. M. Idinabba’s residence in Ullal and apprehended his son, Mohammed Ammar.

Among the five arrested, Deepthi Marla of Guddehosur, Kushal Nagar, Kodagu district is said to be the master mind. It is said that she used to brainwash youth into taking up terrorism related activities. Post this, she snapped ties with her family.

She has been alleged to have been active on social media platforms propagating about ISIS and were luring youth to join ISIS. This apart, it is alleged that a focussed effort of Jihad with weapons were being made with plans to kill important Hindu leaders affiliated to Sangh Parivar and other Hindu organisations by motivating Muslim youth. Also money from ISIS sympathisers were collected as donations and were used for terrorist activities, stated a source.

It is further alleged she use to lure youth into terrorist activities through online mode and then recruit them to ISIS. After joining medium ‘Chronicle Foundation’ on a social media platform, the arrested would lure the youth, it is further alleged. The foundation has more than 5000 members.

Further, On Wednesday, Obaid Hameed from Srinagar, Muzammil Hassan Butt from Bandipora District, and Shankar AKA Ali Mouviya were taken into custody by NIA. It is said that these five arrested were in constant contact with each other. Also, they were in close touch with suspected terrorist Mohammed Ameen, who was arrested from Kerala in March 2020. Ameen had gone Kashmir to Hijrs visit and got in contact with terrorist there, it is said. Also, it is alleged that he was collecting fund to lure youth into ISIS. In connection with this, he had met terrorist Mohammed Waqar Lone and his associates, it is stated. He has tried to lure youth across the country to join ISIS and has had associates in Kerala, Karnataka and other places. The arrested five were providing money to Lone, it is said so that he could find terrorist activities. During Mangaluru raid laptops, mobiles, harddisk, pendrive, Simcard and other electronic equipment were seized in connection with the same by the NIA.

Last March, NIA officials had arrested not only Ameen but Dr. Rayees Rashid and Mushaab Anwar for Anti-National activities. It is said that Ameen has confessed his link with ISIS, following which these five arrests have been made. 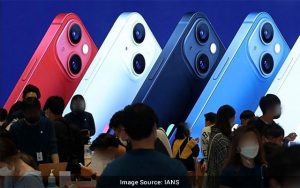 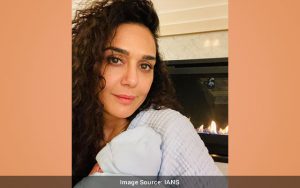 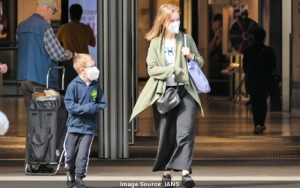