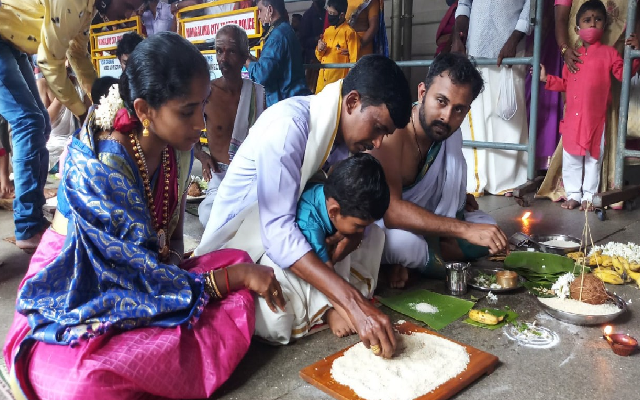 Mangaluru: Vijayadashami, also known as Dasara, is a major Hindu festival celebrated at the end of Navaratri every year.

In South Indian regions the Vijayadashami has been dedicated to Saraswati, the Hindu Goddess of knowledge, learning, music and arts. She is worshipped, along with instruments of ones trade during this festival.

The most sought after Seves during Vijayadashami at one of the most revered Devi temples in the City, Mangaladevi Temple is Vidyarambha and Tulabhara.

The couples with children in the age group of 2 and 5 can offer Vidyarambha Seva to initiate education of their children. The ritual has been performed on Vijayadashami day at the temple premises because the deity here is Sri Mangaladevi, the Goddess of intelligence and knowledge. 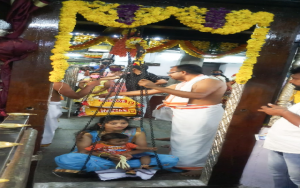 Tulabhara Seve includes the devotee sitting on one side of the Tula or weighing scale and the devotees’ offerings are arranged until it matches the weight of the devotee on the other side bringing about a balance therein. Such offerings are later donated to the Temple.