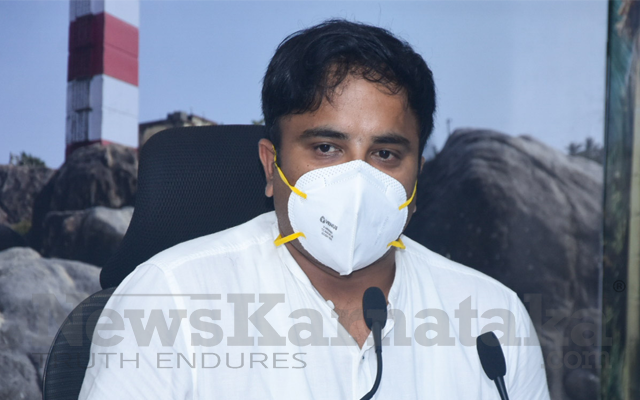 Mangaluru: District Administration under the leadership of Deputy Commissioner Dr. Rajendra K. V. Has decided to help local artistes and vendors along with providong much needed entertainment to citizens over the weekend with plans to hold weekend street festival as a respite during Corona times.

Speaking to media persons on tourism development plans in a talk organised by Dakshina Kannada District Workinv Journalists’ Association here on Friday September 24, DC Rajendra said that under this plan, the District Administration plans to organise street festivals on important streets such as road in front of Kadri Park and road stretch between Clock Tower and AB Shetty Circle, Hampankatta in the City.

He said that the festival has been planned every Saturday and Sunday year long so that not only people get entertained but also local vendors who sell local food, handicraft items get boost apart from local artistes getting a platform to showcase their talent. The plan will be implemented soon if the positivity rate decreases at a fast pace and also if there is no imminent danger of Covid third wave, he added.

Development of beaches, plans to attract tourists to Pilikula

He said, special programmes and projects will be taken up to develop infrastructure facilities at local beaches such as Tannirbavi and Panambur among others including toilets, restrooms etc. Mainly beginning of bus facilities up to the beach will be discussed in a meeting to be held on September 27 to mark Tourism Day, DC added. Setting up of golf course at Benge beach has received permission from CRZ, and hence there is a plan to develop resort-like facility after acquiring due land. This also will help 800 people get employment. Further, it has been planned to set up surfing schools by the government at Sasihitlu and Tannirbavi beach with Rs. 5 crore already being released for Sasihitlu beach development, he said.

He also added that there is a plan to add giraffe, zebra and elephants at Pilikula with additional attractions such as plans of restarting of river festival and Kambala.