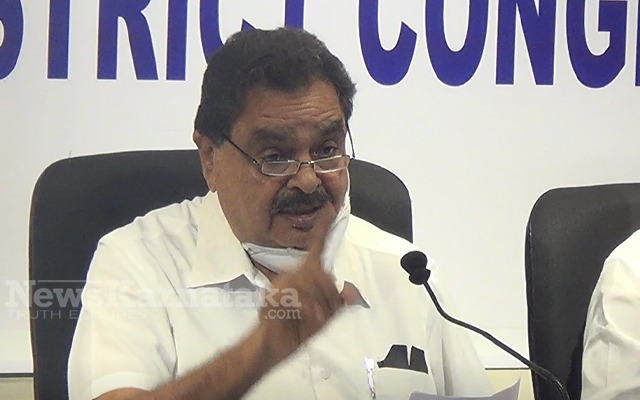 Addressing the media here Congress Bhavan at Mallikatta on July 24 Saturday he said, “The MP has admitted that the government is corrupt clearly in the audio clip. It is undoubtedly MP Nalin Kumar Kateel’s voice.”

However, In the audio clip, Nalin Kateel is allegedly heard saying that the entire team of ministers Eshwarappa and Jagadish Shettar would be removed, and though there were three names for the CM’s post, they would not be considered. However, Kateel has strongly denied that it was his voice in the audio and has lodged a complaint.

“The audio clip needs to be probed. The police commissioner should not delay it. Whenever BJP commits a mistake they blame the opposition. It happened even in Nalin’s audio case,” he added.

Rai also criticized the government on ED raids conducted on Dainik Bhaskar and Bharath Samachar soon after the two media reported on the Pegasus controversy. He added that Pegasus is a serious issue and the government must voluntarily order an investigation in this matter.