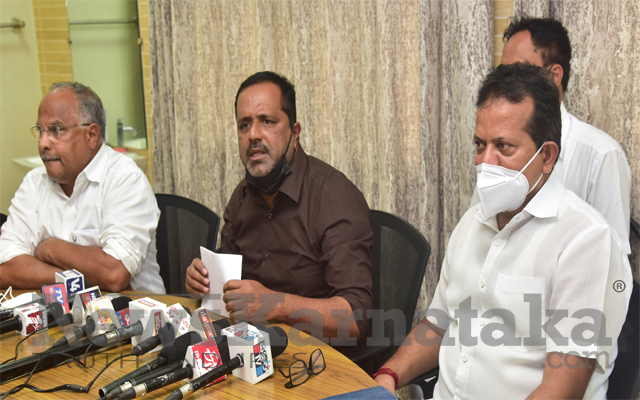 Mangaluru: In response to the rise in prices, MLA U T Khader said that since petrol prices reached Rs 100, petrol stations had become tax-collecting booths for the central government.

Addressing media persons here on Thursday, June 17, Khader said, “The increase in fuel prices has affected the general public. The BJP government’s triumph in the last seven years has been the price of petrol reaching the Rs 100 mark. The central government collects taxes by selling fuel and filling up the treasuries. The central government has converted fuel stations into a tax collection booth. Petrol, diesel is the backbone of the Indian economy, due to the rise in the price of fuel even the prices of essentials have skyrocketed.”

“Government has no humanity. With regard to Covid, none of these leaders stood in a queue, but for the sake of power, they are conducting meetings and standing in a queue. BJP should keep their political matter aside and think about controlling the pandemic,” he added.