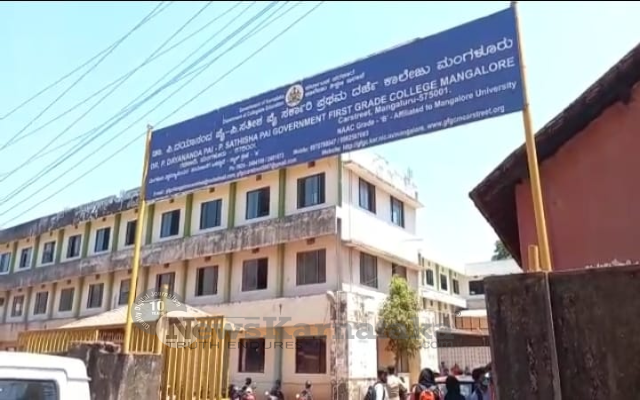 Mangaluru: In the backdrop of conflict between two group of students at a Government College in Car Street here, the college has announced holiday on Saturday March 5 for an indefinite period.

It can be recalled here that the two factions had a conflict as allegedly girls wearing hijab were allowed to attend exams that irked the other group on Friday March 4.