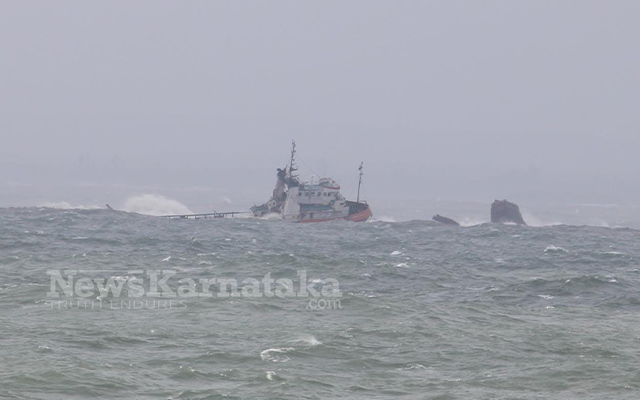 Mangaluru: All nine crew members of the tugboat ‘Coromandal’ which got stranded after hitting rocks off Mulky coast here on Sunday May 16 was rescued by the Indian Navy along with Indian Coast Guard in a rescue mission which took place on Monday May 17.

The mission was completed with the help of the Indian Air Force as well as local police.

“Five members were rescued by the speed boat of Indian Coast Guard and four people were airlifted by the aircraft of the Indian Navy, which arrived from Cochin in the morning on Monday,” informed deputy commissioner Dr Rajendra KV.

The Coast Guard and the others who took part in the operation was thanked by Chief minister B S Yediyurappa, in a tweet.