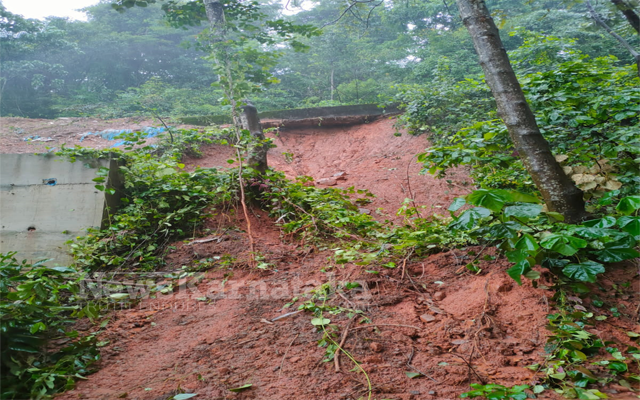 Mangaluru: The Kanara Chamber of Commerce & Industry (KCCI), Mangaluru has written a letter to PMO and minister of Road transportation and highways Nitin Gadkari to restore the connectivity of NH 75.

The letter stated as “The Kanara Chamber of Commerce & Industry (KCCI)., Mangaluru is one of the oldest Chambers. It represents the Industrial & Commercial activities located in the Dakshina Kannada district in Karnataka, where major and critical industries contributing to the district or state and country are located.

Dakshina Kannada district is located on the west coast of India, having the New Mangalore Port and the only major port located in Karnataka. This port plays a Significant role in economic activities and caters to the country’s critical needs. Along with the Districts of Uttara Kannada & Udupi, the Dakshina Kannada district is connected to the capital Bengaluru & Tamil Nadu & Andhra Pradesh by the National Highway No. 75, which winds its way east through the Shiradi Ghats.

This highway is most critical, and it serves as a lifeline to the economic activities of the entire three (3) districts and EXIM trade. Exim shipments in Containers and Bulk from across the hinterlands of right from Bangalore to Tumkur, Kunigal, Hassan, Chikmagalur, Kushalnagar & Mysore use the New Mangalore Port. In addition, since the New Mangalore Port is one of the largest LPG import ports, the LPG is transported to the hinterland daily. Approximately 150 bullet tankers supply LPG to Karnataka, Tamilnadu, and Andhra Pradesh through this route. If this road is disconnected, it disrupts the entire supply chain of LPG.

This highway is also of strategic importance to India’s interests due to the presence of Mangalore Refinery and Petrochemicals Limited (MRPL), Indian Strategic Petroleum Reserves Limited (ISPRL), Naval Base at Karwar, upcoming Indian Coast Guard Academy, and other important assets in the region.

In this regard, we would like to draw your kind attention that due to incessant rains, a part of this critical National Highway No. 75, which comes under the National Highway Authority, has collapsed in the early hours of july 22, causing significant disruptions to trade & commerce. As a result, there will be a shortage of LPG & Agricultural products. Consequently, farmers’ livelihoods will be affected. Furthermore, the total Industry of EXIM Shipments will also be disrupted, resulting in loss to the country and hardship to the common man.

This ghat section of this National Highway has been reconstructed for the past ten years. However, to date, nothing worthwhile has happened. Time and again, we have conveyed the information to the Ministry of Road Transport & Highway, Government of India, but unfortunately, little action has been initiated.

Therefore, we sincerely appeal on an “S O S’ basis to temporarily restore the connectivity to avoid the mounting chaos and hardships. Furthermore, we would be deeply indebted to you if you could initiate a long-term plan to concretize and restore the ghat section of Shiradi ghat.

We request immediate action in the interest of the Economy and the Country.” it added.