Mangaluru: Laksha Kantagala Geetha Gayana, a programme held at the district level wherein people from across the society came together to sing Kannada songs to mark this year’s Kannada Rajyotsava celebrations and thus show the unity of all Kannada speaking regions received a huge response on Thursday October 28 at 11.00 am.

The programme at the district level was jointly organised by District Administration, Dakshina Kannada Zilla Panchayat and Kannada and Culture Department at Tannirbavi beach with government staff and children from across schools and colleges singing Kannada songs in unison.

Speaking on the occasion, MP Nalin Kumar Kateel said how the State Government has been striving to spread awareness about Kannada Statewide.

The State Government had instructed people to join this unique programme wherein 5 lakh people across the State simultaneously sang three songs, popular Kannada songs penned by famous poets Raastrakavi Kuvempu, Nisar Ahmad and lyricist Hamsalekha “Barisu Kannada dimdivava”, “Jogada Siri Belakinalli” and “Huttidare Kannada Nnadal Huttabeku. It was a delight and encouraging to see cross-section of Kannadigas and Kannada lovers from all the 31 districts of the State and all over the world participating in the programme and thus helping the State Government implement it successfully.

Israel bans entry of foreigners due to new Covid-19 variant

Haryana to connect youth with self-employment 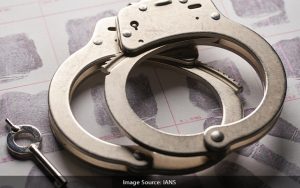