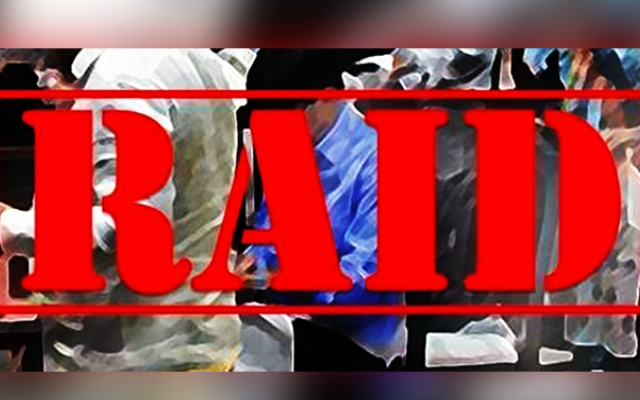 Police raided the shed belonging to B. K. Khalid in Arkula Kote based on information that a person named Bashit was selling beef from the shed illegally.

According to the police, cattle were illegally slaughtered, and the shed was where the meat was being sold to customers.

Police seized 95 kg of meat, a meat cleaver, weighing equipment, and other items.

The accused Bashit was able to flee the scene, and a manhunt has been launched to find him, informed police.