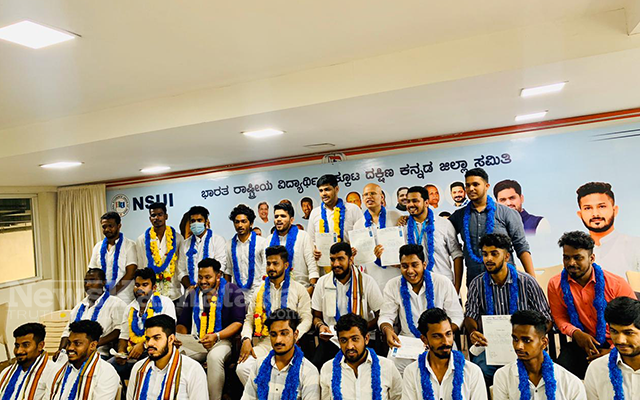 District President Sawad Sullia led the ceremony. On the occasion ‘Education is our right’, a poster of student campaign was released. All India Congress Committee secretary, P. V. Mohan administered the oath. The student representatives who were sworn in as office bearers were issued appointment letters.