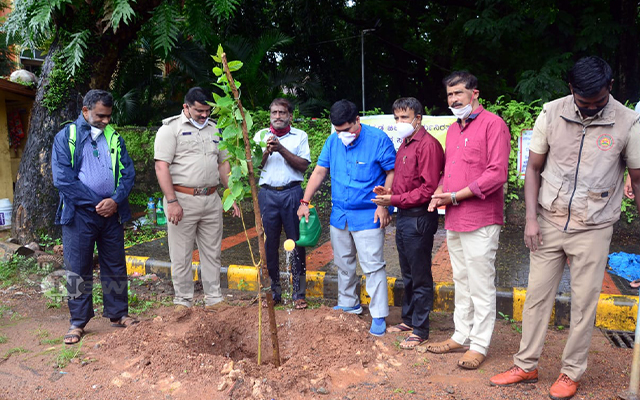 Mangaluru: MLA D. Vedavyas Kamath said that it has been planned to construct a park in front of Patrika Bhavan in association with Mangalore City Corporation and Mangalore Smart City Project.

Speaking after inauguration, MLA Kamath said that protection of environment is everyone’s responsibility. He appreciated the initiative of celebrating Vanamahotsava by the journalists’ association and thus becoming inspiration for others to follow.

Shridhar, Forest Officer of Mangaluru Zone, said that in the past five years over 50000 saplings were planted under the zone. In the current year, a total of only 2000 saplings have been planted due to the ongoing pandemic, he added.