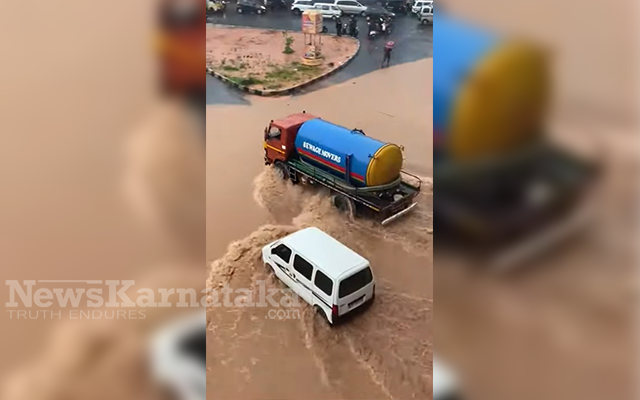 Mangaluru: “We have already started the work at Pumpwell to stop waterlogging in the junction,” said Akshy Sridhar Mangaluru City Corporation (MCC) Commissioner to News Karnataka on Saturday July 24.

Ealier on July 18, a DISHA review meeting was held to discuss the waterlogging in NH 66 at Pumpwell circle. In the meeting, Project Director of National Highway Authority of India (NHAI) Shishu Mohan had made a statement that the media had been exaggerating the flooding issue.

Speaking to News Karnataka Akshy Sridhar had earlier said he visited the place along with NHAI officials and subsequently explained that the corporation will take up the matter. “When the rains subside in the coming days, we’ll just try to build a chamber and drain the water through the drain water sewage,” he had said.