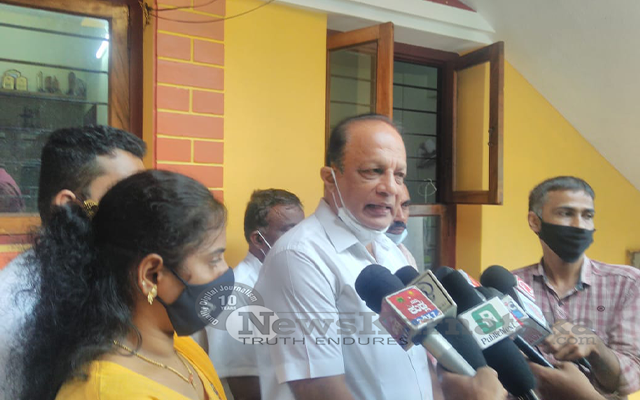 Udupi: Former Minister Vinay Kumar Sorake has strongly condemned the attack on the prayer centre at Karkala by the Hindu Jagarana Vedike members.

Speaking to media persons at the Press Club here on Monday September 13, Vinay Kumar Sorake said that, “the Karkala incident is a great example of government failure in maintaining law and order in the State. Even the District In-Charge Minister is also from Karkala. Local MLA is also from Karkala Legislative Assembly Constituency. Yet, in a harsh move along with large members attacking the prayer hall is not the right thing.”

Kumar also mentioned that the attackers should obviously learn about real facts at the centre. Simply attacking a prayer centre cannot be tolerated. If this happens everywhere, where is the law and order system, what is the need of the District In-Charge Minister?, he questioned.

To a query on demolition of a temple in Mysuru, Vinay Kumar Sorake said that, “it is not right to destroy the temple without taking the believers’ faith into consideration.” He alleged that if temple demolition is done by BJP, it may not become a major issue.

“We can see, BJP has taken Hindutva on contract. When, Siddaramaiah government planned to bring the bill on Religious Superstition, BJP spread major commotion and disgraced people hurling Siddaramaiah with several allegations such as no one will be able to ring the bell in the temples. The BJP further alleged that stopping of Bhootharadhane, removal of the Tulsi plant deck and several rituals in Hindu faith will be stopped. But, when Yediyurappa came to power, the same bill was passed without a change of character or words. No matter what the BJP does, there is no anxiety. On Hindutva, we should take permission from them!” He also took a jibe that such a law may come in future. 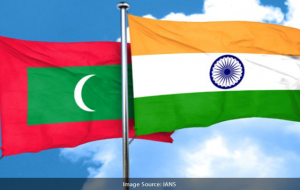