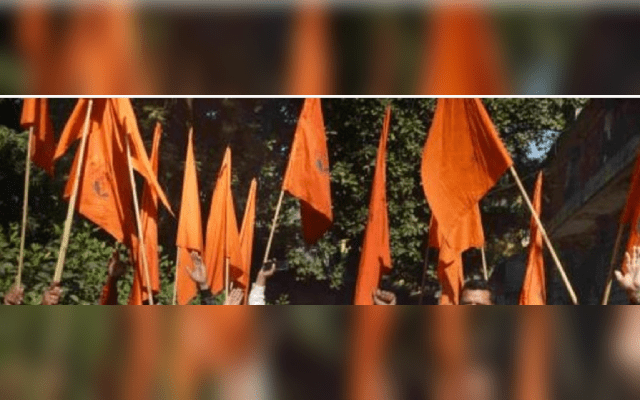 Udupi: Bajrang Dal on Thursday March 24 targeted opposition leader Siddaramaiah for raising the issue of ban on Muslim traders by the temple authorities.

K.R. Sunil, Pranth Sanchalak of Bajrang Dal, speaking to reporters in Udupi, said all of a sudden Siddaramaiah has turned sympathetic towards Muslims.

“Why don’t you (Siddaramaiah) speak about ban on Hindu fish sellers in Gangolli town of the Udupi district by Muslims? You have differential treatment for both communities,” he attacked.

“You (Siddaramaiah) are a politician. You can do politics. It is better for you to stay away from Hindutva,” he said.

Cows are being illegally transported rampantly in coastal Karnataka region. “They barge into homes, flash swords to take away cows and cattle from Hindus,” he said.

A protest was staged in Gangolli town against cow slaughter. From the very next day, Muslims imposed ban on Hindu fish sellers and refused to buy fish from them, he maintained.

The mindset of Muslim traders is very well known now. The move of banning business communally was started by Muslims, he maintained.