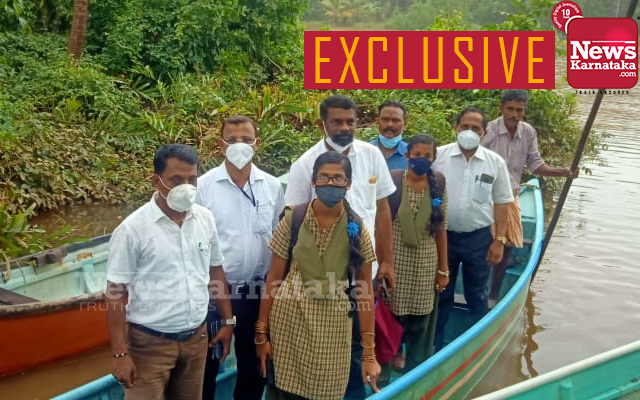 Udupi: In a rare gesture reported in Byndoor Taluk of Udupi district, where the DDPI personally ferried two students in a boat to the exam centre to write the SSLC Examination on July 22.

From past few days the due to the heavy lashes in the coastal district and the Sowparnika River is flowing at a maximum level. The students of Kuru Island in Maravanthe were struggling to reach the SSLC exam centre due to the heavy rains.

“Both the student expressed gratitude and promised me that they will study hard and expressed the desire to be a government officer,” he expressed.

The concern towards the students by DDPI and Tahsildar was very much appreciated by the public.