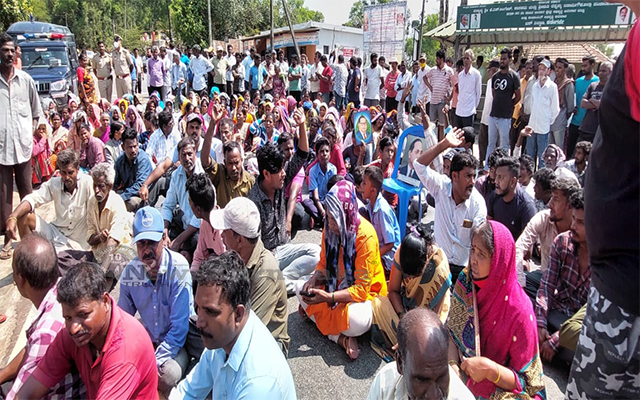 The deceased have been identified has Chikkaiah (50) and Eraiah (48) of Kadegarje Village. It is said that a tusker attacked them in coffee estate while working.

Hundreds of villagers including women and coffee plantation workers are on flash protest venting their anguish against the Forest
Department for not giving proper instructions regarding elephant movements in the plantation area. The protesters have refused to take the bodies till the Forest Minister and MLAs visited them and initiate immediate action for the protection of villagers from elephants.

Protesters also claimed that it has been a week since elephants were creating a havoc in the village and people feared to step out of their houses. Forest officials rushed to spot, and promised of compensation.