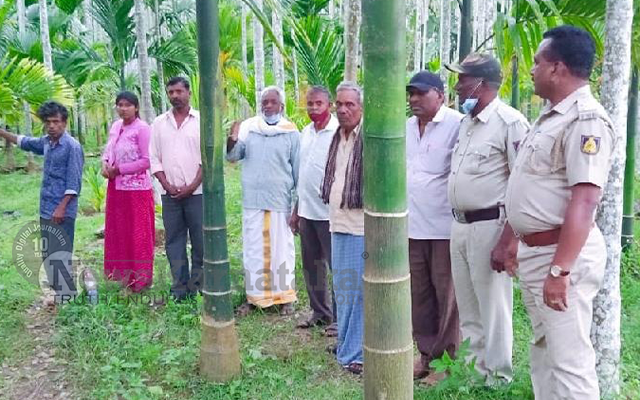 Hassan: The police have arrested five persons on Monday August 2 in connection with killing of more than 38 monkeys here. It is said that the monkeys were menacing in the arecanut and coffee plantation in Ugane village in Sakleshpura taluk. Enraged by this, estate owners Rudre Gowda and Prasanna engaged Yashodha and Ramu couple to catch monkeys for Rs. 40,000.

On July 28 the couple caught 50 monkeys, stuffed them in a gunny bag. But 38 monkeys died due to asphyxiation. Panicked owners engaged driver Manja who shifted the monkeys to Chowdahalli village in Belur taluk and threw it there. The villagers who found the monkeys in gunny sacks informed the Forest Department.

When the incident was reported in media the animal lovers across the State were shocked, and demanded action against the culprits.

The State High Court suo moto registered a case and instructed authorities to submit report before August 4. Speaking to media persons on Monday August 2, Deputy Commissioner R. Girish said that the Forest and Police Department conducted joint probe and managed to arrest five persons in this regard. He said a report will be submitted on Tuesday August 3 to HC. It is said that the accused also performed pooja at Anjaneya temple after monkeys died.

Close on heels of killing of monkeys, three peacocks were found dead in Chikkagandsi village in Arsikere taluk on Monday August 2.  Sources say that miscreants poisoned them to death as the national animals were destroying the crops. Forest officials have rushed to the spot and are investigating.