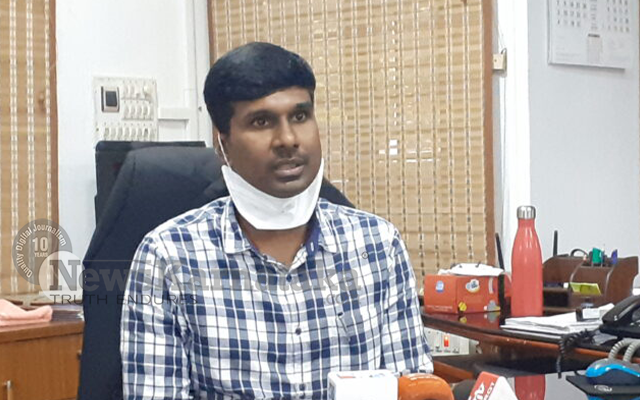 Shivamogga: Including airport construction work, complete all the important development works within the scheduled, said Deputy Commissioner K. B. Shivakumar.

He was speaking at the progress review meeting of development works in the district held at Deputy Commissioner’s Office on Monday August 2. He instructed that ATC tower registration process of airport has to be completed quickly and remaining works like water facilitation and the work of building and water supply too should be completed  as soon as possible.

He instructed that the people who lost land for the purpose of airport construction have to be provided with residential layout in a 38-acre-land and proposal for the allotment of the same to the beneficiaries have been send to Revenue Department and Rajiv Gandhi Rural Housing Board, he informed.

Informing that Sigandoor Bridge construction work is under progress as per schedule. Though permission has been granted towards mining, the complaints on uncontrolled blasting has been received from the local people, he said and added that the officers concerned have been asked to survey the region and submit a report to him.

He further added that as the tender process of Shivamogga – Chitradurga road has been completed, the construction works has to begun as soon as possible.