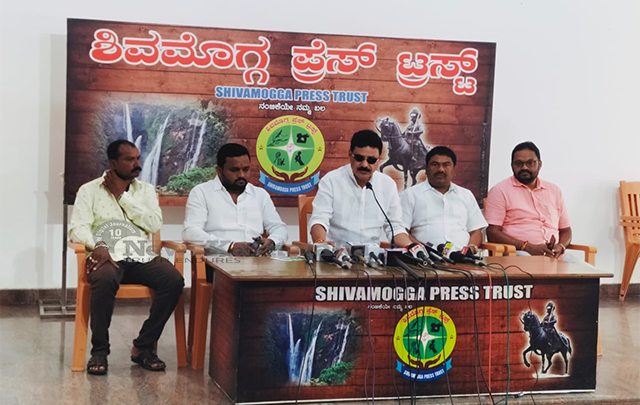 Shivamogga: Former MLA Belur Gopalakrishna here on Friday October 22 came down heavily on State BJP Chief Nalin Kumar Kateel and stressed that he has no moral right to criticise Congress.

Speaking to media persons he said that when there are lot of internal issues and problems in BJP itself it is surprising why Kateel is not keeping his tongue in check. BJP leaders are amid scams and corruptions, he added.

Stating that he has respect for Rural Development and Panchayat Raj Minister K. S. Eshwarappa, however he added that it is better Eshwarappa remembers that even I, Belur Gopalakrishna can criticise like how he has been criticising Congress leaders unchecked.

He also criticised the move of Deputy Commissioner K. B. Sivakumar of holding his Grama Vastavya for the sake of it. He has camped in Gajanur which is just 8 kilometres away from Shivamogga, while if he was serious he should have camped in a remote village with no electricity, no hospital and no roads. Then the Grama Vastavya will gain meaning, he added.