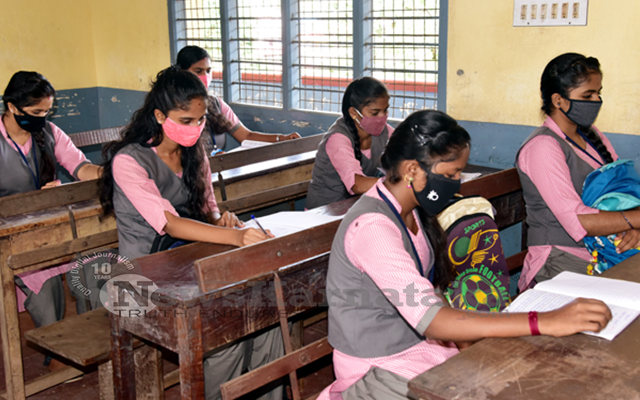 Shivamogga: Opposing the implementation of the New Education Policy (NEP) in the State, Former Karnataka Education Minister and State Congress spokesperson Kimmane Ratnakar said that it would promote the privatisation of the education sector on a large scale.

Speaking to media persons in Shivamogga, he said, “the government had not discussed the impacts of the NEP with experts nor was it debated in the legislature.”

NEP was launched on July 29, 2020 by the Central Government. He said that it should have been debated in the Parliament and respective State Assembly. “But the BJP pushed it without listening to any stakeholder’s opinions,” he further said.

Ratnakar said that their party is vehemently opposing the new education policy, which aims to bring a paradigm shift in the education system but not tabled for discussion.

“There is a threat of private players taking over the education sector. The poor people will lose opportunities,” Ratnakar said.